Daniel Burkholder / The PlayGround is a movement based performance group engaging audiences on multiple levels through dynamic work combining the formalism of choreography with the spontaneity of improvisation. By layering movement ranging from highly athletic to subtle gestures with text, live music and video the company considers multiple perspectives as it presents accessible, yet complex performances works. The company has presented work throughout the Mid-Atlantic and Metro/DC region at venues as varied as The John F. Kennedy Center for the Performing Arts, Dance Place, The Clarice Smith Performing Arts Center, Transformer, Carter Barron Amphitheater, on the sidewalk in front of the Martin Luther King Library, Bladensburg Waterfront Park along the Anacostia River, The H Street Playhouse and Warehouse Theater as well as performances in New York City and San Francisco.  In the fall of 2003 The PlayGround premiered Buried in the Sky during a 5-week run with over 20 performances. In 2005 the company was awarded a Local Dance Commissioning Project commission from The John F. Kennedy Center for the Performing Arts to create together/apart (we go each our way). In 2006 was awarded a Metro DC Dance Award for “Outstanding Performance by a Group in a Dance Production”. Also in 2006, as part of the inaugural Capital Fringe Festival, Daniel Burkholder and composer/musician Jonathan Matis premiered unmapped, a 30-minute duet that was performed on the hour, every hour, for 24 hours. In 2009 the company completed a 3-year project, My ocean is never blue, by collaborating with Archne Aerial Arts (aerial dance), Coyaba Dance Theater (West African dance) and Devi Dance Theater (Traditional Indian dance). Recent projects include: Scenic Route, a 3 hour hike interspersed with site specific performances along the Potomac River; Primary/Scale, an all day performance instillation at the Northern Virgina Fine Arts Festival; The Chemistry of Lime Trees, an evening length theatrical work using historical stories to explore how borders, real or perceived, separate people; and, Worship/Home a work exploring the concept of home that included live video feeds, dividing the audience in two different performance spaces and direct audience interaction. In January 2011 Daniel Burkholder/The PlayGround became the dance company in residence at Georgetown University Hospital, offering dance and movement sessions to patients, nurses, doctors, administrative staff and support personal, as well as on-site performances. 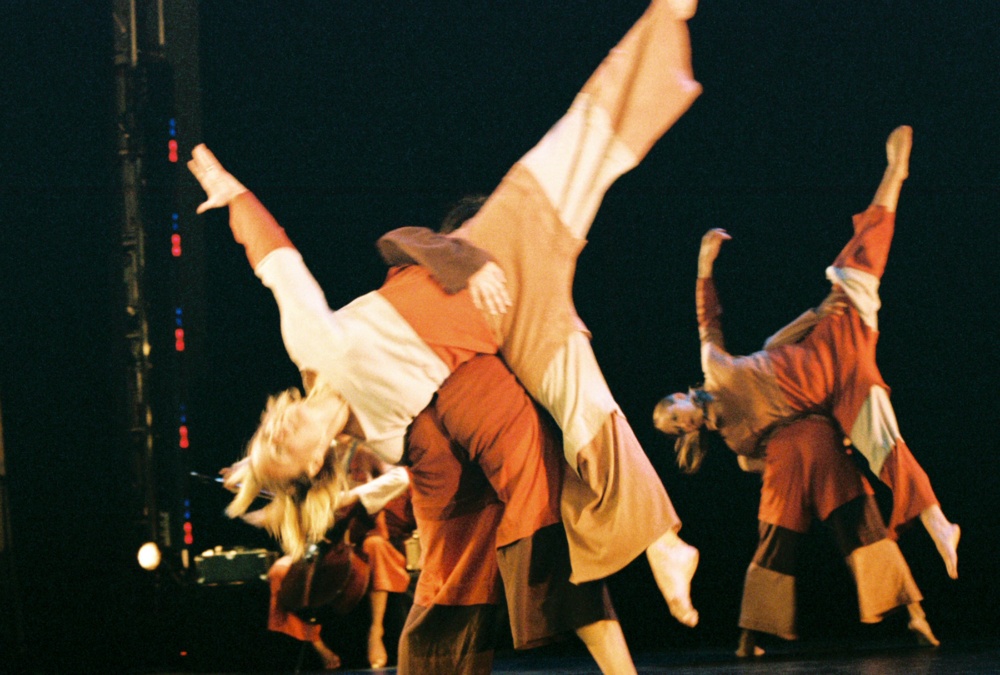 Daniel Burkholder/The PlayGround is a project of Improv Arts, Inc.

"Expect the unexpected at The PlayGround...Director Daniel Burkholder relishes the unkown and encourages his colleagues to push themselves to the edge and beyond." - The Washington Post